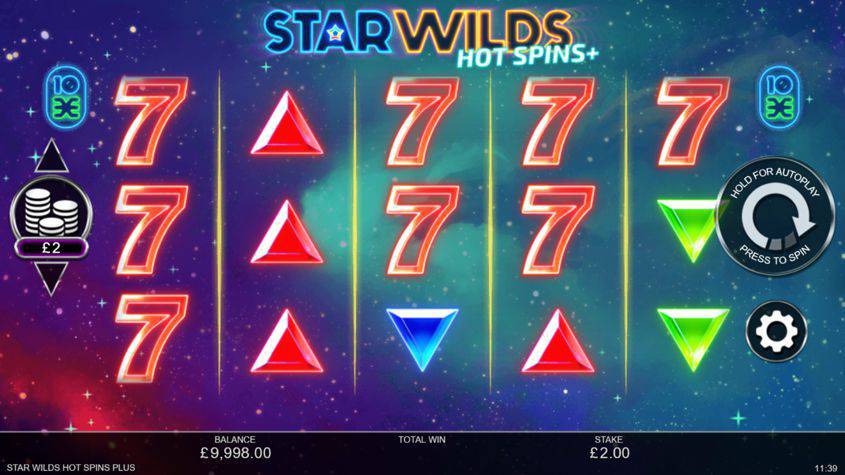 You can expect to find a non-progressive jackpot that is worth 250x a bet, as well as a varying Return to Player rate which differs from 95.9% in the base game, up to 99.8% in the bonus round.

Wild symbols do appear and they can show up as multicoloured stars. These star symbols can replace any other icons in the game without exception. In a game that has so few pay lines to win on, wild symbols such as these are of critical importance.

There is a second feature in this game, and this is where the real action is to be had. It is known as the Hot Spins round, and it can be triggered following any win worth 4x a bet or greater. You will note that all the reels will divide until four when this starts.

Once the Hot Spins round begins, the reels will divide into four parts, and any money you win in the base game will be banked. You do not have the gamble that money if you don’t want to. You can choose to collect it if you wish. Should you decide to play on, the reels will spin. Any wilds which appear can transfer over to the other reels. However, given that the return to player rises dramatically in the feature, it could be worth having a punt on. Once 100 free spins have been played, or when you’ve used up your balance (at least 4x your total bet, remember), the round ends. This feature is really what gives this game its appeal.

Why You Should Play Star Wilds Hot Spins Slot

Sometimes, the simplest looking mobile slots can be the best. There can be no denying that Star Wilds: Hot Spins is most certainly one of those types of mobile slots.