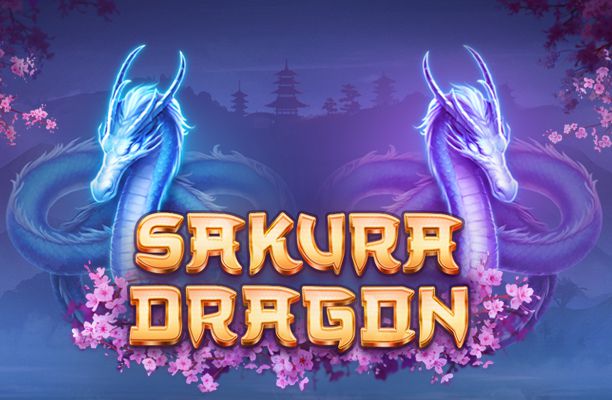 Sakura Dragon slot is a Playson produced online slot game, and one which aims to bring a taste of Asia to players of UK online slots. The game features a somewhat basic setup, with gorgeous and beautiful imagery.

Simplicity is the order of the day with this game, at least when it comes to the gaming structure. There are just 15 pay lines dashed across the slot’s 5 reels, and those are fixed. you are probably expecting a minimum stake of 15p a turn, but surprisingly, the game will cost 20p a spin at its cheapest. Maximum bets are capped at £100 in Sakura Dragon. By contrast, non-progressive prizes in this slot are far more agreeable, being worth up to 1,000x a bet.

Much of the imagery which appears on the reels is stunning and very thematic, from cherry blossoms to shoguns and pink flowers. The latter appear as wilds and can replace any symbols, except for other special symbols. Both wilds and bonus symbols offer the top prizes in this game if they appear 5 times during a spin.

At any point in the game, a dragon might spring up out of nowhere. This randomly triggered bonus feature will see a trail of wilds added to the reels on the dragon’s flight path. Once this has happened, you will prosper from a recalculated win, provided those wilds happened to land in prosperous spots on the reels.

If you land three, four or five scatter symbols anywhere on the reels you will trigger a free spin round.

The number of free games you will start with depends on how many scatters you land. Playing the bonus with 8, 12 or 20 free spins is made possible with 3, 4 or 5 such symbols. During this bonus round, dragons will appear on the reels with increasingly regularity, and these can drop wilds more frequently. It is also possible to re-trigger Sakura Dragon’s bonus round, prompting another set of spins and potential wins.

Why You Should Play Sakura Dragon Slot

This beautiful slot game from Playson will easily appeal to players with gorgeous graphics and enjoyable bonus features.