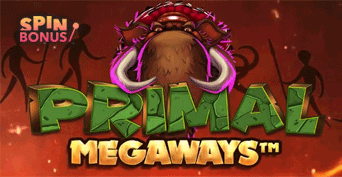 Big Time Gaming’s Primal MegaWays slot is one of many online slots which features their much-in-demand gaming engine. The MegaWays engine has found favour with so many players and software developers alike over the last few months, that many rivals have rented it for their own games. Primal MegaWays sees the gaming engine in its home setting, though, worked into a slot with a fantasy theme. One of the perks of the BTG MegaWays engine is that it generates a random number of pay lines on each spin, as many as 46,656 can appear on the slot’s 6 reels on every turn.

What Are The Stake & Return To Player Rate?

Having this surplus of pay lines to play with isn’t overly expensive either, with bets ranging from 20p up to £150 a spin. Of course, with so many pay lines, the slot was never going to deliver a substantial non-progressive jackpot, and in this case, the top prize is 50x your stake. The return to player rate is capped at 96.76%.

On every spin of the game, any fire symbols which pop up will act as mystery symbols. These can transform into any other standard paying icons, to potentially help players land a win. Wild symbols offer a similar feature. They can appear on the second to fifth reels, and substitute for any other icons barring bonus symbols.

Can I Get Free Spins on Primal Megaways?

Should a wild symbol land on the reels, it will offer one of the multipliers mentioned above. That will then multiply the value of whatever winning combination the wild plays a part in. Players are guaranteed to win at least ten times their total bet in this bonus round. If they don’t, players will retrigger the bonus feature to ensure that they can win that figure.

Wins may be small, but they tend to come thick and fast in this online slot machine game. Primal MegaWays is one of the more generous slots you may come across when playing at casinos offering BTG software. The game’s free spins bonus and enhanced payline structures are particularly noteworthy and should provide plenty of thrills for any player who has fallen in love with Big Time Gaming’s MegaWays slots of late.