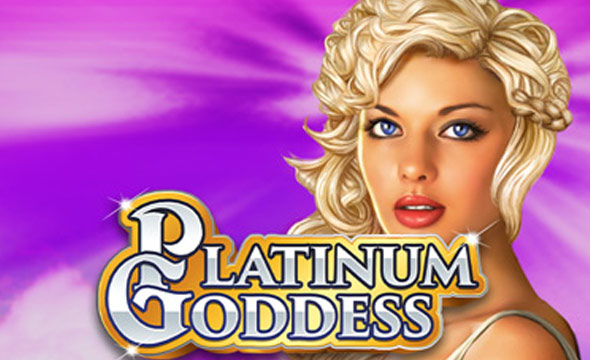 Wild symbols are the most prosperous symbols to appear. Landing between two and five of these on a line will dole out a win. Wild symbols appear as the game’s title logo, and they can substitute for all other icons in the game without exception.

Platinum Goddess also uses a rose as a scatter icon. This rose scatter symbol can appear on the second, third and fourth reels of the base game, and will trigger a free spin round when they pop up on all three reels at once. Scatter icons do not dish out scattered cash prizes in Platinum Goddess.

How To Get Platinum Goddess Free Spins

Once three scatters have popped up in the base game, you are dealt an initial 7 free spins bonus. However, landing additional scatters on the reels during the bonus round will add further spins to your tally. The free spins game in the slot uses a different set of reels.

You can select a rose at the start of the bonus. That symbol will determine which of the slot’s high paying icons will be super stacked on the reels of the feature.

Why You Should Play Platinum Goddess Slot

This High 5 Games release is pleasant and easy to play, with a few extra features to spice up your gameplay experience.