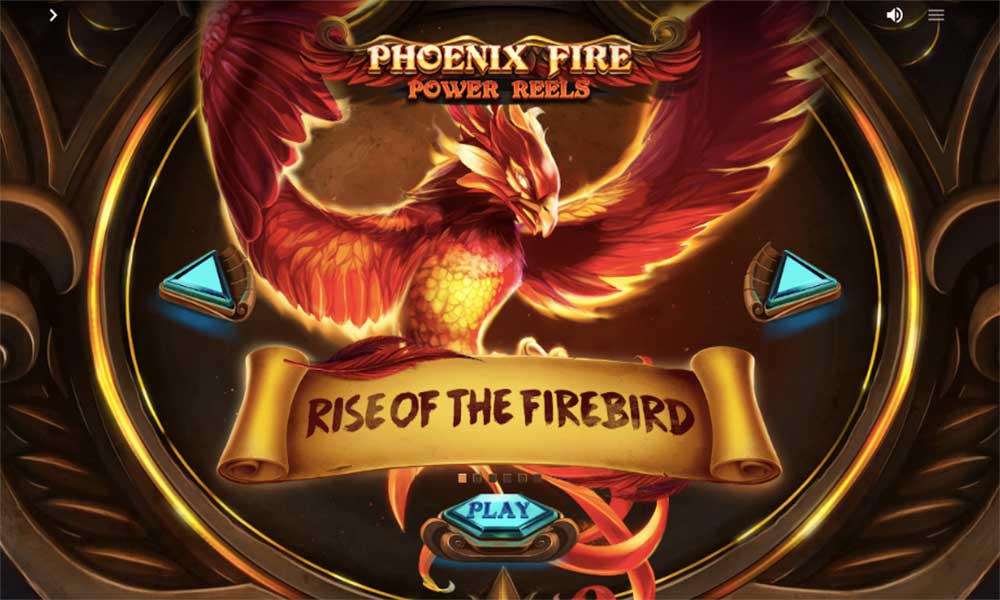 You can expect to find mysterious and bizarre symbols aplenty on the reels of Phoenix Fire Power Reels slot, and a gaming structure that is quite unlike many other titles.

To get the ball rolling, there are 8 reels to the game. There are also 30 pay lines spread across those reels. None of those are adjustable. However, stakes can cost as little as 10p a turn (for 30 lines) and go no higher than £200 a spin.

On top of that, non-progressive prizes can reach up to 1,500x a bet. They aren’t the only top prizes you can land, though. Phoenix Fire: Power Reels also comes with three jackpot prizes – Mini, Major and Mega – and the first of these, the Mini Daily must be won every single day before a certain time. you need to line up jackpot icons on a line to win those prizes.

While there are plenty of nifty symbols, the Phoenix wild is one of the most important. This acts as a wild symbol and shows up stacked on the reels. Each stacked wild is three symbols deep and can substitute for any other icons in the game save for scatters.

You will also notice that a few randomly triggered goodies also come into play with this slot. A standard Phoenix wild could transform nearby feathery, winged symbols into wilds. Moreover, if there is a row of those symbols, they might all turn into wilds with this Phoenix Wildfire bonus.

What is The Phoenix Wildfire Feature

Another randomly triggered feature could see a Phoenix appear on the reels. When this occurs, any feathery, winged symbols which appear on the reels will automatically turn into wild icons. Naturally, this will serve up a top drawer payout.

You will activate a free spins round when three or more appear. During this free spin round, as many as three extra wilds can appear on each spin of the feature. Once again, these feathery winged symbols can transform into wilds. Now, though, they can appear as colossal wilds or cluster wilds.

Why You Should Play Phoenix Fire Power Reels Slot

This action-packed slot game has captivating theme and an unusual game dynamic; ideal for those searching for something unique to play.

alternative slot games by this developer