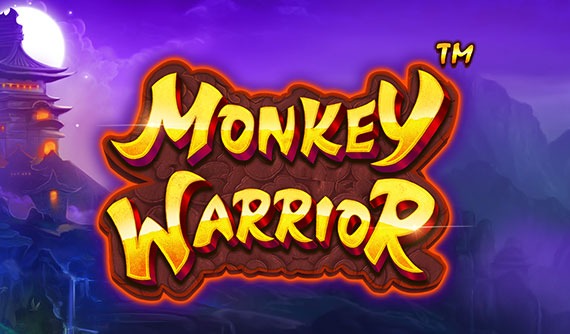 The wild symbol is the title character. This symbol can substitute for all other icons in the game, except for bonus icons. There are two of those for you to deal with.

The first bonus icon is the staff. This golden symbol can appear on the second, third and fourth reels. You’re going to want to land it on all three reels at the same time, to trigger the slot’s free spin bonus round.

Also included is a Money Re-Spin Bonus. This is triggered when at least six flower symbols (the other symbols of bonus icons) appear on the reels. These will display cash prizes or jackpot values. Once the bonus begins, the round only consists of empty spaces on the reels or these symbols. At the end of five free spins, any bonus symbols you have managed to lock onto the reels will be added together to dish out a cash prize. It is also possible to land treasure chests here, and these can dish out extra spins.

How to Get Monkey Warrior Slot Free Spins

Once you have landed three of the staff symbols on the second, third and fourth reels, you will trigger the free spins bonus. When it begins, you will receive a total of 8 free spins. During the feature, only the best-paying symbols will appear on the reels. You should pick up decent winnings here. Landing three more staff scatters will retrigger the feature, offering a new total of 8 free spins to add to your tally.

Why You Should Play Monkey Warrior Slot

Monkey Warrior is essentially just one of several games themed on Journey to the West. Far Eastern themed slots seem to be something of a strong suit for Pragmatic Play. If those types of online slots are your cup of tea, you can’t go far wrong with this release or other Pragmatic developed online slots.

Where Can I Play Play Monkey Warrior Slot?