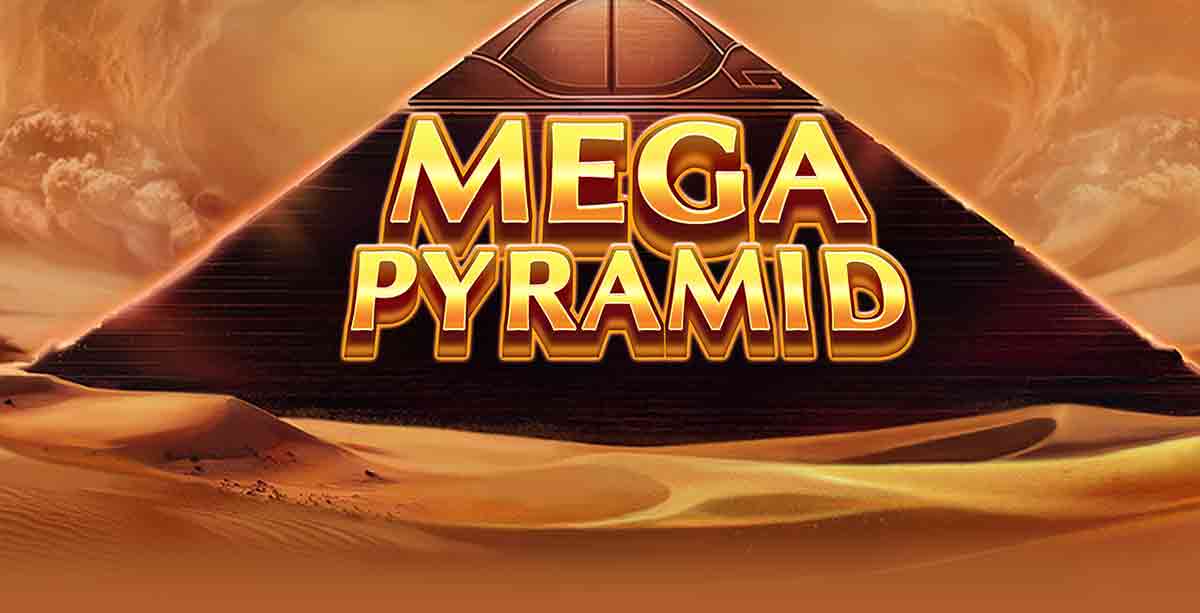 Stakes can be adjusted, with wagers stretching from a floor bet of just £0.10 a turn, up to a ceiling bet of £20 a game.

Prizes are reasonable given the wagering range and can come in up to 5,000x a stake if fortune favours you.

Mega Pyramid features a pantheon of Ancient Egyptian gods, including Anubis and Horus. High playing card symbols, scrolls and scarabs appear, too, so this game isn’t entirely as predictable in its imagery as rival slots with the same theme.

There is no wild symbol appearing in the base game. Instead, you will have to use the other features (there are two of them) to help bag wins. One of these features is known as the Pyramid Eye bonus.

The Pyramid Eye is a randomly triggered event. It can happen on any base game spin. When thunder roars and lightning strikes the reels, one symbol will be chosen at random from above the reels. That symbol will then be cloned and appear in several different places on the reels. A new calculation is made by the slot, and if any new prizes can be won, you will be duly paid out.

The only other feature is the free spin bonus round. To trigger this, you are going to need three of the Nefertiti looking Egyptian queen symbols to appear on the game’s first, third and fifth reels. Once it begins, a total of 10 free games will be dished out to you. The Pyramid Eye feature also comes into play in this bonus.

At the start of the feature, one of the symbols will be selected at random by the Pyramid Eye. This symbol will be cloned and spread across some of the reels. Those symbols will be sticky and remain in place for the duration of the feature. Additional free games can be bagged by landing more bonus emblems on the reels. These will be added straight to your tally, with the Pyramid Eye selected icons remaining in place for those spins, too.

Why You Should Play Mega Pyramid Slot

The visual interface and gaming experience of Mega Pyramid is up there with the very best slots around.

Where Can I Play Play Mega Pyramid Slot?