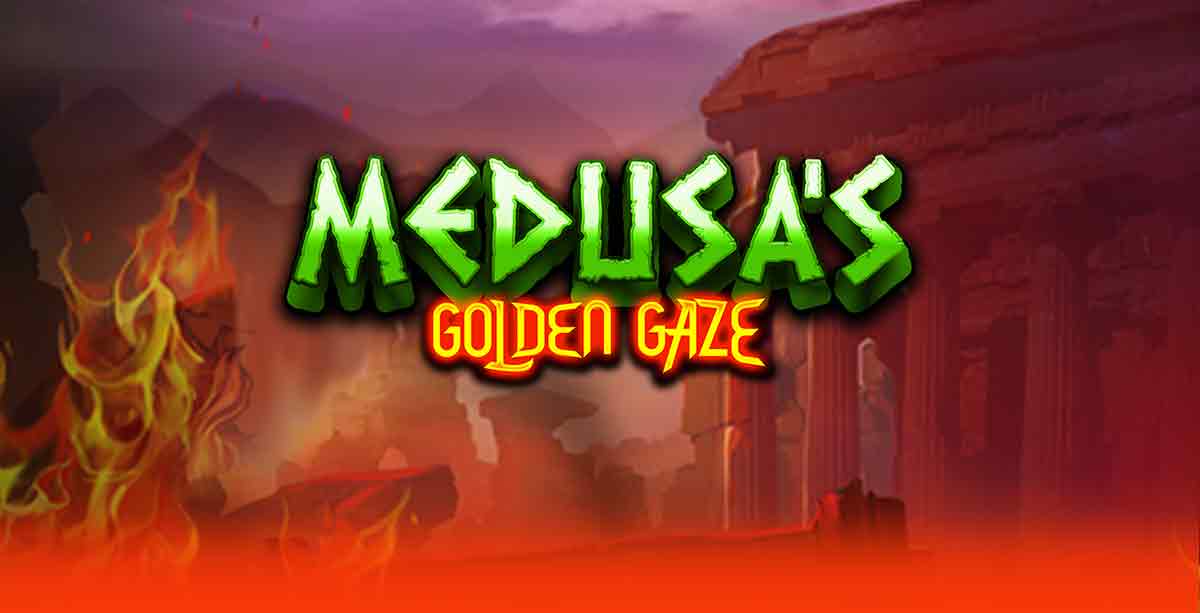 Medusa’s Golden Gaze slot is one of several Medusa-themed online slot games on the net. However, unlike the other titles (which mainly come from NextGen Gaming’s vault), this particular release is from 2By2 Gaming.

The online slot is simplistic in terms of how it looks, but the gameplay is anything but. There are plenty of nifty little features worked into the design of this Greek mythology online slot to whet your appetite.

The slot is played over 5 reels and 25 lines, bets cost a minimum of 25p  up to a maximum of £25 a spin. Medusa’s Golden Gaze has a return to player rate of just over 95%, and there is a non-progressive prize worth 20x a line bet up for grabs in this release.

Wild symbols appear as the online slot’s logo, and they can substitute for all other icons, except for temples.

Those temples pop up as bonus symbols, and can trigger a free spin feature, should three or more appear on the reels in the base game.

The base game also sees two randomly triggered features comes into play. The first of these is the Mystery Stack feature. It can see an entire stack of mystery symbols pop up onto the reels. Those mystery symbols will then transform into another icon, potentially offering up a win to you.

A duplicating feature can also occur at random. It can fill the first reel with a stack of symbols and then copy that reel to another of the other four reels. You could even end up with all five reels displaying the same symbols if you strike it lucky.

Can I Get Medusa’s Golden Gaze Free Spins

When three, four or five bonus symbols appear on a payline (not anywhere on the screen), you will win 5, 6 or 8 free spins. Where the scatters appear on lines will determine if any further spins are afforded to you.

Why You Should Play Medusa’s Golden Gaze Slot

This slot game is magical, mysterious and vibrant, and offers up a variety of brilliant features.

Where Can I Play Play Medusa’s Golden Gaze Slot?