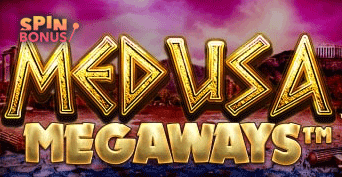 From the very moment that NextGen Gaming acquired Big Time Gaming’s MegaWays gaming engine, players across the net just knew that Medusa would be one of the first titles to get an upgrade. How could it not? As NextGen Gaming’s flagship slot, Medusa has a lot of appeal. Now, players are going to be able to play the same game they know and love, albeit enhanced with BTG’s award-winning MegaWays mechanics and engine.

The incorporation of the MegaWays engine means that Medusa MegaWays now features 6 reels and as many as 117,649 paylines at random on each spin. Despite the surplus of lines, bets are still set to be as cheap as chips in this release. Players are looking at stakes that will cost no less than 25p a game, but they don’t rise any higher than £25 a spin. At the same time, the slot carries with a non-progressive jackpot of 750x a total stake, and a varying return to player range which adjusts according to where you are in the game.

Medusa MegaWays contains the same old Greek mythology theme that its predecessor did. It is only really the gameplay that has been fleshed out in this sequel. For instance, Medusa is still a wild symbol in this re-release, and she can still substitute for all other icons barring the slot’s logo, which is a scatter icon. The new feature in the game is the MegaWays gaming engine. This ensures that a random number of paylines can appear at the start of each spin.

How do the Collapsible Reels Work?

Following any win, the symbols featured in the win are removed from the reels and new symbols drop down to replace them. The collapsible reels can see as many as 117,649 paylines present on each spin. Medusa’s Gaze is still found in this new slot. When a wild lands on the upper reel, it will transform standard paying icons below into wilds.

How to Get Medusa Megaways Free Spins?

Also remaining in the game are a few bonuses including a free spin bonus. This is triggered by landing 3 or more scatters on the screen at any one time. You can, however, buy your way into the bonus if you wish at the cost of 100x the standard rate of pay. Players will start with 20 free spins under their belt, but every new scatters offer a further five spins.

What is the Snake Strike Bonus?

Increasing multipliers are offered with the structure of the collapsible reels in this round, so the more wins in succession a player can chain together, the more valuable those multipliers will be worth. At the same time, players can see a Snake Strike bonus occur if a soldier appears on the top reel. Snakes can turn soldiers into wilds or scatters. Lastly, at the end of the round, a Temptation Bonus can see players choose to collect their prizes or gamble them in a chance to play the feature again.

Medusa has always been a top-notch slot, and it won’t come as a surprise to see NextGen Gaming give it a royal makeover with the MegaWays engine. With BTG’s engine onboard, Medusa Megaways has done something many didn’t think possible – it became even better.