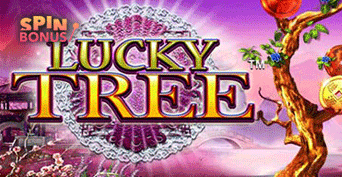 Lucky Tree is one of many Asian-themed slots which is doing the rounds on the internet right now. The Lucky Tree slot machine has been designed and developed by Bally Tech and is quite reminiscent of several land-based slots that they have developed in the past. Most of the imagery which appears in this release is near enough identical to that found in other similarly themed games, so players aren’t going to find anything overly unique there.

What is The Return to Player Rate & Stakes?

Players will find a fair bit more creativity when it comes to special features in this release, but we’ll come to that in just a moment. First, let’s look at the payline structure of the game. There are 30 paylines present on the slot’s 5 reels, and players are at liberty to adjust their stakes from 30p a game up to £3 a spin in all, which is hardly expensive stuff. Top prizes are capped at around 666x a total bet, and there is an RTP (return to player) rate in Lucky Tree which is set to a modest 96%.

What Are Symbols & Special Features?

Wild symbols are most certainly plentiful in this slot. There are four of them in total, representing dragons, golden coins, lucky cats and the iconic yin and yang symbol. These icons can replace all others save for the slot’s scatters. At any point in the base game, up to seven wild coin symbols can appear randomly on the reels, which will boost a player’s chances of winnings.

How Do I Get Lucky Tree Free Slot Spins

The free spin bonus in Lucky Tree promises a total of 20 free spins. On each spin in the round, wild coins are guaranteed to drop down to boost your odds of success. The feature can also be retriggered with further yin and yang scatters.

As for the click and win bonus, this offers players the chance to select 1 of 3 spheres. They will be rewarded with 6-15 picks in a second stage. On that screen, players can try and match various sphere values to win a multiplier. Those multipliers are then added with your total stake to provide an instant win cash prize.

The gameplay in Lucky Tree is fun and exciting. True, from a graphical perspective, the game is not the most original we’ve ever seen. However, there is much to like about the slot in terms of its features. Lucky Tree may not have what it takes to challenge the big rival Asian-themed slots, but if you happen to be playing at a casino that offers Bally Tech slots, it may still be worth a look.