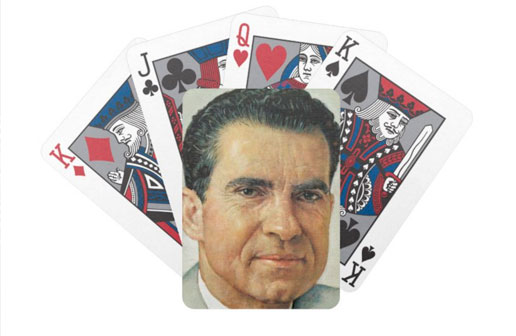 I’m sure by now that most of you have gambled at some point in your life and while most of you have probably failed to win the grand jackpot and some have managed to win by sheer luck. There is a wide variety of tactics and strategies that usual people utilise to win when playing be it at an online casino site or at the local casino tables. However, these professional gamblers that we are going to talk about in this post managed to somehow consistently win. So keep on reading to know more about the most successful gamblers in history.

Phil Ivey is one of the most famous and successful gamblers that you can find in throughout the history of top gamblers. He managed to win a total of at least ten World Series of Poker bracelets making him one of the best poker players in the whole world.

Many gambling enthusiasts claim that he is the best poker player including the Wikipedia page that highlights his best achievements even though some might not recognize him to be the best as other professionals are considered to be far superior to him.

Edward Thorp is known for his popular book that explains a lot about card counting to new gamblers that are still new to the world of gambling. He is a mathematical professor that is passionate about beating the house in blackjack by applying multiples proven methods of math such as tracking the ratio of low cards to high cards that are available in a deck. His book entitled “Beat the Dealer” reveals a lot of unique and logical ways on how even an ordinary person could win a gamble.

When speaking of Billy Walters, the majority of the public tends to recognize him as the most knowledgeable sports bettor throughout the history of sports betting in every major casino that is available in Las Vegas. In his lifetime, Billy has managed to win most of the bets that he participates in at a constant rate for a total of 30 years. The consistency in wining each of these bets for such a long time cannot be considered merely by luck as it would require a high level of knowledge or experience in gambling to be able to achieve such results.

Keep in mind that the Don Johnson that we’re talking about is not a famous actor rather he is a professional gambler as well as a businessman that has successfully won approximately $50 million by simply playing Blackjack alone. What’s more surprising is the fact that he managed to achieve this without utilizing the popular counting card methods in Blackjack. It’s vital to keep in mind the fact that although he did not use the counting cards method, what drives him to win the most is the mentality that encourages him to think like a player that has the most advantage in the game.

You know you are dealing with the right guy when he even has the word Moneymaker as his last name who by the way managed to win the Major Event in the International World Series Poker. That’s exactly what he did back in 2003 and since then it has become a gigantic cultural event due to his success in the World Series of Poker (WSOP) on the internet which is made publicly available to everyone on this planet. The huge increase in poker players from all around the world register as new players to multiples online poker sites resulted in what is known as the “Poker Boom” and all this happened because of Chris.

While we are talking about Blackjack, we should also include the MIT Blackjack Team that consists of a team of students from MIT who play as a team and have won millions of dollars from various casinos. This organization has been in the Blackjack game for such a long time that they now teach groups of new players to try and emulate their sucess. To join this organization, a person will need to pass a certain test provided by the administrator and if the application is accepted, then they will be trained meticulously. For new players in the organization to tap into the money pool provided by certain members of the organization, they will need to win multiple times in Blackjack against other experienced players in the organization.

Richard Nixon is not as good as other professionals listed in this article but he cannot be excluded from the list of the most successful gamblers as it just doesn’t feel right. Even though he never won in any of the World Series of Poker or any other international gambling tournaments, he can be considered as one of a great success story as he once did manage to fuel up his political campaign from some of his big poker winnings. In America, becoming a President can be considered to be the highest level of success a person can achieve in his or her lifetime.

Doyle Brunson who is also going by the nickname Texas Dolly finally decided to retire from his poker journey back in 2018. Even though he’s no longer in the game, his historic success in poker has made him a legendary player in the game. Apart from that, there’s also an urban myth that claims that he is the original inventor of Texas hold’em even though many people assumed it as a false fact. Doyle Brunson managed to win the World Series of Poker twice in his lifetime and he has written a lot of books teaching people how to play poker the right way but the most popular of them all is the Super/System.

Phil Helmuth is considered to be the favourite gambler of all time by many people from all around the world. He managed to win up to a total of 15 World Series of Poker bracelets and he goes by the nickname “the Poker Brat”.

Besides that, he has also produced multiples poker videos with sets of instructions for new players to follow through. Phil also states that by externalizing his emotions, he can prevent them from coming out during the game.