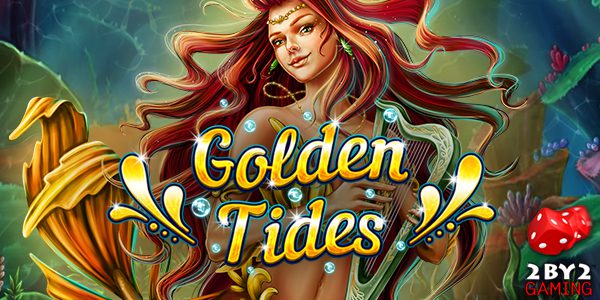 There are standard wild symbols that appear as the game’s title logo. These can naturally act in the stead of any standard paying icons to help form winning combos.

The slot also contains scatter icons. These treasure chests need to appear three, four or five times if you want to trigger one of two possible free spin rounds.

Mystery symbols are capable of appearing stacked too. They can transform symbols into any icon. Two base game bonuses appear in the release to boot. The first is the Golden Mermaid Bonus, which sees standard mermaids transformed into golden ones. The second (the Wild Mermaid Bonus) can see mermaids turned into wilds randomly on any spin.

You will start either of the two free spin features with 10, 15 or 20 free spins, based on whether they landed 3, 4 or indeed, all 5 scatter symbols. There are two options to choose from. The first is the Golden Mermaid Bonus. It allows you to play with Golden Mermaids present on the reels, which means that prizes are worth more. However, there are no wild mermaids in the feature. Up to 40 free spins can be played with this feature.

The second free spins round is the Frequent Feature Bonus, or Wild Mermaid Feature. It allows you to play with Golden Mermaid and extra wild symbols. The paytable is reduced if you select this option, which can also see you win further free games.

Why You Should Play Golden Tides Slot

Both free spin bonuses have their perks, and the randomly triggered and mystery symbol goodies in the base game are exciting!

Alternative slot games by this developer