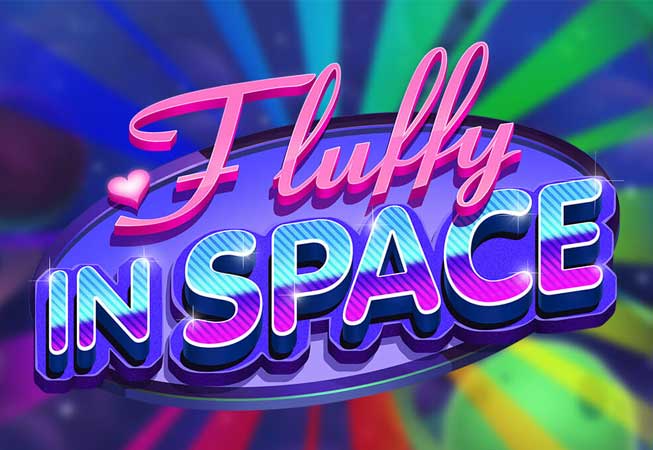 Fluffy in Space slot is another sequel in Eyecon’s long-running Fluffy series and a firm favourite amongst our visitors. This time, as its title suggests, the likeable and loveable cuddly toys are blasted off into space.

The spaceship symbol can also dish out the best wins in the game, offering prizes worth 200x your stake when 5 appear in a winning combo on a pay line.

Appearing as circular blocks with “wild” written across them, wild symbols can help form winning combos by replacing any other icons you may need to bag a win, except for planet and Nellie scatters. These do only appear on the second, third, fourth and fifth reels, though.

Planet scatter symbols cannot trigger bonus rounds, but they can cough up scattered cash prizes wherever they fall on the reels, and these are worth up to 50x your total bet.

Pink elephants (known as Nellie scatters) can trigger a bonus should they appear on the second, third and fourth reels. They can also appear stacked, so it may be possible to trigger the round with more than the customary three scatters.

The bonus feature, which is triggered by the Nellie scatters, will see those symbols only appear on the middle reel. However, the scattered Nellies that trigger the round will remain frozen in place for a total of three free spins. Those symbols will gradually disappear, but if you continue to land Nellie icons on the reels, you will be given more bonuses (with the counter reset to three spins each time). Prizes worth up to 500x a bet can be won during this simple but likeable bonus round.

Why You Should Play Fluffy In Space Slot

If you’re a big fan of the Fluffy Favourites series of slots which are popular at UK slots sites, then this release should do a job for you. Fluffy in Space is very much in the same vein as its predecessors, and that is certainly not a bad thing.