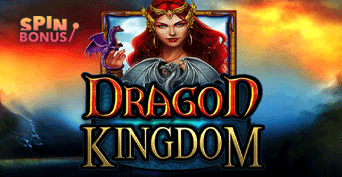 How to Play Dragon Kingdom Slot

Dragon Kingdom slot is one of many fantasy-themed slot games which can be found across the net. This particular release comes from Playtech’s vault, and dishes up the usual dragons, kings, potions and magical spell book symbols, all the while offering basic video slot gameplay. Truth be told, the Dragon Kingdom slot is not much to write home about, especially when there are genuinely epic slots with the same theme on the net for you to play instead.

What are the Return to Player & Stakes?

The game is played over just 20 paylines, but the developers have at least gone to the trouble of allowing players to alter the number of lines that they play with. Coin values are also very flexible in this 5-reel slot. This creates a gigantic wagering range that should suffice low rollers and high rollers alike, with bets stemming from a base minimum of 1p per line per spin, up to £1,000 a spin. A top non-progressive prize worth 2,500x your stake can be won, but unfortunately, the return to player (RTP) rate in the Dragon Kingdom slot is not as generous, at 94.02%.

Dragons were always going to take a central role in this slot. They appear as wild symbols, and those can substitute for all other symbols in the game, save for scatters. Scatter symbols can count wherever they fall on the screen, and show up as city symbols. These can trigger a free spin bonus when 3 or more appear on the reels. It is also possible for players to land dragon eggs on the reels, and these count as splitting symbols. When they appear on the fifth reel at the same time as a winning combo appears, they will split the final symbol in that combo into two. This effectively creates a better paying six-of-a-kind combination.

How do I Get Dragons Kingdom Free Spins

With the free spin bonus round activated, players can look forward to bagging a total of 20 free spins. The bonus round offers up a dynamic multiplier. To begin with, players will start with a basic 2x multiplier. On each successive winning spin, the multiplier will rise by 1x, up to a total of 5x. However, should players encounter a losing spin in this casino bonus feature, that multiplier will also drop by 1x, down to a minimum of 2x. Players can add further free spins to their tally by landing further city scatter symbols on the reels while the bonus round is being played. The total number of additional spins which can be won in this manner is infinite.

Why Should I Play this Game?

Dragon Kingdom online slot does have some decent features, and it can be fun to play. However, this slot doesn’t really bring anything new to the table. Its features (particularly the splitting symbols and dynamic multipliers) can all be found in other Playtech slots, and its theme is now commonplace in many top online slots. In short, if you don’t like what you see with Dragon Kingdom, there are plenty of other options out there for you to choose from.