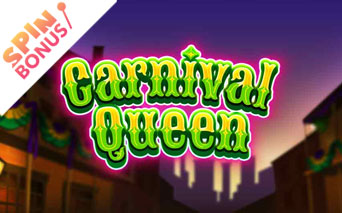 What Is Carnival Queen Slot?

Thunderkick’s Carnival Queen slot was launched in the late winter of 2019; just in time for Mardi Gras, like so many other similarly themed releases. The typical Brazilian carnival theme we commonly find in such games isn’t as clearly represented in this slot. Instead, Thunderkick seems to have gone for something a bit more neutral, which nicely covers most other forms of carnival throughout the year and across the globe. Venetian jesters, for instance, also appear on the reels of this slot game.

What are the Stakes & Ways to Win?

Carnival Queen slot also differentiates itself from the many other run-of-the-mill carnival-themed slots via its gaming structure. There are 4,096 paylines spanning the slot’s 6 reels, and an avalanche feature worked into the game to boot. Despite all this good fortune, wagers are still as cheap as chips, costing as little as 10p a turn, and no more than £100 are their zenith. With so many ways to win, it is not surprising that the non-progressive jackpot is a touch lacklustre, at just 50x a total bet. At 96.1%, the return to player rate in Carnival Queen is on par with the industry standard.

What are The Special Features?

Players won’t miss the wild symbols in this game. They appear as purple and elaborate “W” symbols, and they can understandably replace any other icons you may need to scrape together a win on the reels, save for bonus symbols. The crown symbol is the best-paying symbol in this slot.

The Carnival Queen slot uses an avalanche gaming engine, which means that whenever a win occurs, the winning symbols will then be removed and new ones drop down to replace them. This also sees multipliers handed out for each consecutive win. These rise by 1x at a time and are not capped. Once no new wins occur, the avalanche feature ends and the base game resumes.

Can I Get Free Spins on Carnival Queen Slot?

Yes, the Carnival Queen herself takes on the task of being a bonus symbol. When three or more of these masked women show up on the reels, a total of 12 free spins are handed to the player. You can snap up four extra spins for every additional scatter you have. During Carnival Queen’s free spin bonus, the multipliers in the avalanche feature are not reset following a non-winning spin. This means that the value of wins rises rather rapidly. Moreover, wilds will clear out all symbols in a horizontal and vertical pattern when they land, which enables players to clear more symbols off the reels and thus stand a better chance of bagging multiple avalanche wins in succession.

Carnival Queen online slot has a likeable theme, and it has precisely the type of features one would expect to find in an avalanche slot. The usual quality Thunderkick graphics are out in force in this release, and that just makes the game all the sweeter. With so many different ways to win (remember, there are 4,096 lines), there is every possibility that players are looking at landing a few decent wins in this online slot game.