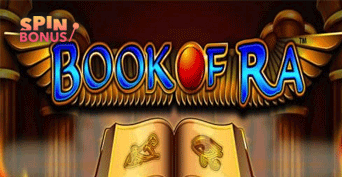 Book of Ra really shouldn’t be one of the most popular online video slots of all time. It is woefully simplistic in terms of the number of paylines it offers, incredibly basic in regards to its features, and practically archaic with its imagery and graphics. Nonetheless, you can’t argue with the crowd, and players across the net have decided that Book of Ra is a winner. In fact, the Ancient Egyptian-themed Novomatic slot has proven so popular that it has spawned a deluxe edition and several sequels.

What Are the Stakes & Ways to Win?

The game was initially launched as a land-based slot, but upon being ported to the online casino world, has proven to be just as successful. The modern re-release of this game (known as the deluxe edition) features 10 pay lines spread over 5 reels, and unlike many other, modern online slots, these pay lines can be adjusted. Players are also free to alter their line bets from 1p up to £8 per line. This naturally means that players are looking at total bets which stem from 1p per line per spin, up to £80 a game here. Affordable for most players, Book of Ra is also capable of delivering a non-progressive prize worth 16,000x your bet, even if its return to player (RTP) rate is a touch on the light side at 95.2%.

Book of Ra is not without its drawbacks, and one of those is a severe lack of special features. Novomatic has tried to solve this issue by doing players a solid, though. Instead of having both bonus-triggering scatter icons and wild symbols on the reels, the providers have rolled them into one symbol – scatter wilds.

By having the same ‘scatter wilds’ symbol trigger both bonus rounds and act as a substitute symbol, Novomatic has cut down the number of non-paying symbols which can appear in the game, and, therefore, get in the way of the player landing a winning combo. In a slot that only features 10 paylines, this is of paramount importance and could make the difference between landing a win or losing a spin.

Following any win, players can choose to gamble their winnings. However, clicking the gamble button takes players to a simple 50/50 games of chance. Selecting whether a card will be red or black doesn’t offer you high odds of success, so this feature is only advised when gambling wins worth little value.

How Do I Get Book of Ra Free Spins & Bonus Features?

Pocketing three or more scatter wilds on the reels will be enough to trigger the casino bonus round in Book of Ra. These symbols appear as the titular book. Once the round begins, one of the standard paying icons will be chosen at random to appear as an expanding symbol in the feature. Whenever it appears in a winning combo throughout your 20 free spins, it will expand to occupy an entire reel.

Book of Ra is about as basic as online slots come. It is tough to find too many reasons why this game has gone on to be such a hit, but it might have something to do with the scatter wilds and a fully flexible payline structure. Either way, the only way you’re going to know which side of the argument you fall on is to play the Novomatic developed slot for yourself.