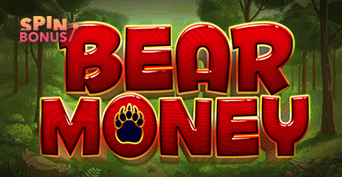 As a child, you will no doubt have heard the tale of the teddy bears’ picnic. Now, that childhood classic has been brought to life (in a manner of speaking) in an Inspired Gaming developed slot. Known as Bear Money, all manner of tasty pies, sandwiches, cheeses, picnic hampers and drinks are represented across the reels. Oddly enough, though, despite having the word “bear” in the title, there is scarcely a bear in sight with this game.

What Are The Return to Player Rate & Stakes?

Leaving the theme aside, Bear Money slot can deliver 5 reels and 10 paylines of elementary but enjoyable gameplay to players. None of those ten lines can be altered, but players can still choose from a series of flexible bets. They stem from a floor of 10p a game up to no more than £60 a spin. On top of that, players can win a non-progressive jackpot worth around 200x their total bet in this slot, which has an RTP (return to player) rate of a fair and reasonable 96.5%. To win the top prize, players are looking at landing 5 Bear Money logos on any of the slot’s ten lines.

Unfortunately, wild symbols are not to be found in Bear Money slot. There is, however, a bonus icon that can appear on the fifth reel of the slot. This symbol appears as a jar of honey and players must make full use of it, as it is the only such icon to trigger a bonus feature to appear on the reels of the game.

Can I Get Bear Money Free Spins?

Yes, The bonus feature itself isn’t so much of a bonus round, but rather a simple cash collector feature. Free spins and other goodies have not been included in this release, which is unfortunate. It essentially means that players are getting very little for their stake compared to other online slots.

What is the Honey Jar Bonus?

Picnic baskets can appear anywhere on the screen in this release. Players who land six of them on the first fourth reels, as well as that honey jar bonus symbol on the fifth reel will trigger a cash collector feature. While the picnic baskets remain on the screen, all other spots on the reels will turn into blank spaces. Players have five re-spins with which they can acquire further picnic baskets and add them to their combination while the elusive bear finally appears on the fifth reels will dish out multipliers to players.

Bear Money is not quite the exhilarating slot we first thought it to be. This Inspired Gaming slot is enjoyable, but it lacks any real quality features, and that is not going to be lost on any casino players who give this game a whirl. It is fair to categorise the slot as cheap and straightforward, therefore, ideal for new players. However, any seasoned, experienced slot players are not going to care too much for this elementary gameplay, particularly as they will be well aware that there are similarly-themed slots out there that offer so much more for relatively similar stakes.