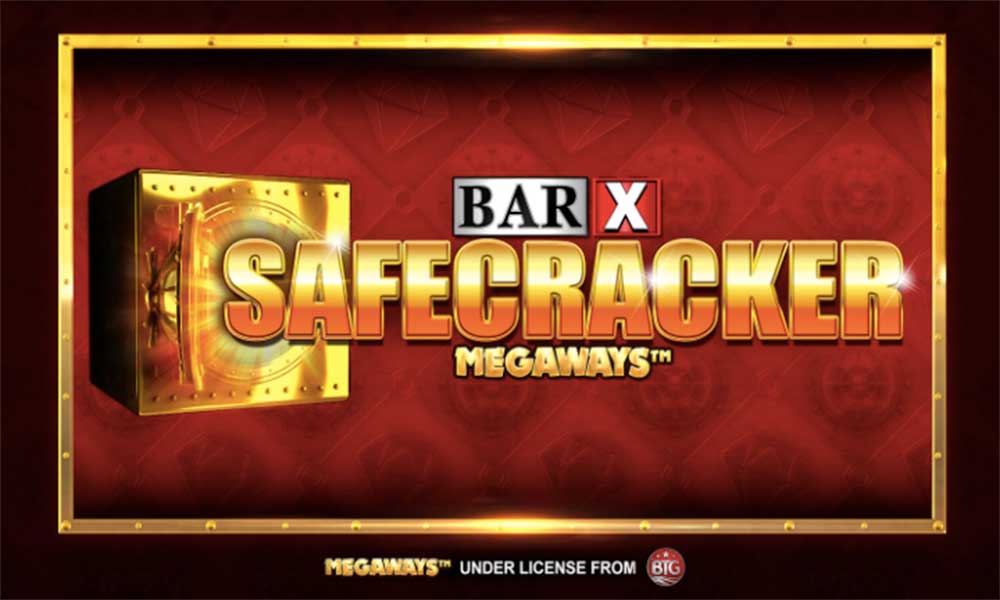 Bar X Safecracker Megaways uses a cascading reels structure. This means that following any win, winning symbols will disappear, and new cascading symbols will take their place. If continuous wins are acquired, the feature keeps on giving.

The slot features mystery symbols. These can pop onto the screen at any time and can transform themselves into one of the slot’s standard paying icons.

Wild symbols also appear. They are like mystery symbols, except they can act as any icon you need to land a win, not one randomly selected symbol. Wilds cannot substitute for scatter icons, though.

Those scatter symbols appear as golden safes. When four or more Golden Safe scatters appear anywhere on the reels during a base game spin, the slot’s free spin bonus will be triggered. Before that, there is a click and win bonus to contend with.

How To Get The Bar X Safecracker Free Spins Bonus

You will choose one of eight safes to start off with in the game’s bonus. This will unveil the total number of spins you get to play with. The more scatter icons the bonus round is triggered with, the greater the number of free spins that will be offered to you.

During the bonus feature, any wins via the cascading reels system will result in a multiplier being increased by 1x. There is no max cap on how high this cascading reels multiplier can become, and it does not drop down following a loss. It remains in place for the duration of the bonus. Additional free spins can be won with just three or more scatters appearing on the screen in the feature.

Why You Should Play Bar-X Safecracker Megaways Slot

Bar-X Safecracker: Megaways has an original theme and is one of only a few classic-style online slots which has been brought to life using the Megaways engine which Blueprint Gaming has leased from Big Time Gaming.