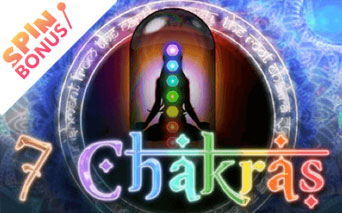 How to Play 7 Chakras Slot

7 Chakras has been produced by Saucify. They are hardly the most renowned of casino software providers, and that shows with the level of graphics and gameplay which appears in this slot. Of course, there is an Indian culture theme to the game, and while that does offer originality, precious few other aspects of this slot stand out. So, after that hardly optimistic start, what can 7 Chakras deliver to players?

What are the Stakes & Prizes?

Most of the imagery appearing on the 5 reels of the 7 Chakras slot are basic. The symbols can dole out average wins in relation to your stakes, which stretch from a penny per line per spin, up to £61.25 a game themselves. A total of 49 very adjustable paylines appear in this release, and all coin values, as well as the total of coins staked per line, can be wagered. Prizes are capped at a somewhat paltry 250x your stake. This figure can be acquired when 5 of the purple emblems appear on any of the slot’s surplus of lines.

Aside from the standard paying icons, a few special symbols also spring up in the game. The wild symbol appears as a multi-coloured totem, set amongst a woman sitting cross-legged in a yoga position. The symbol is double stacked, so it is valuable. Wild icons can substitute for all barring scatters. As well as that, they can also double the value of any winning combination in which they play a part.

Scatter icons are also multi-coloured, and they appear as a cross with four different arrows. These fanciful symbols can trigger a Free Spins Ascension bonus round when they appear 3, 4 or 5 times anywhere on the screen. Notably, while these scatters symbols do count no matter where they land on the reels, they are unable to dish out scattered cash prizes when they appear.

Can I Get 7 Chakras Slot Free Spins

Players triggering the Free Spin Ascension round will start with 1, 3 or 5 free bonus games. The number of spins is determined by players landing 3, 4 or 5 scatters in the base game. Once the bonus feature starts, players will be able to choose a gem from a lotus, for each of the seven chakras in the game. Every gem will either deliver extra spins to add to your tally or raise a multiplier. Those multipliers will then be applied to any winnings you happen to acquire while the free spins round is being played. That bonus commences immediately after the gem and lotus pick and win round.

Aside from the rather unusual number of paylines that appear in 7 Chakras, there isn’t too much to write home about with this game from Saucify. It is about as basic as many players will have come to expect from this provider. It is a nice touch to have an original and entertaining theme, but nothing about the special features screams originality or excitement. 7 Chakras is, therefore, a bland and basic slot.